Why Students are Flocking to Historic Chester 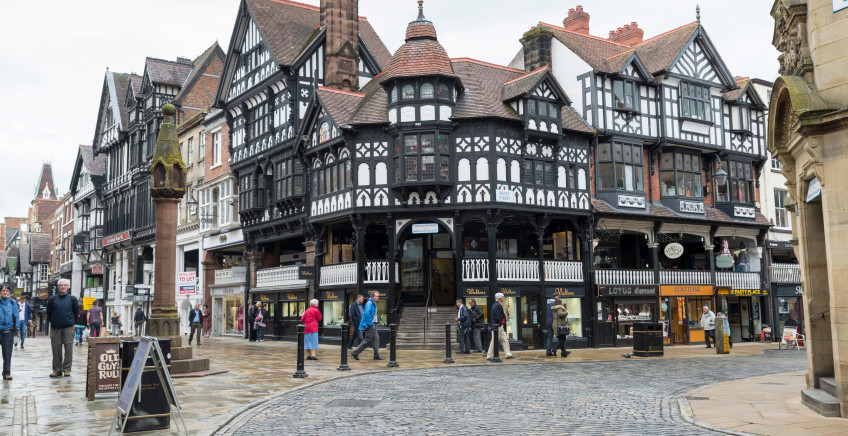 The city of Chester is what many picture when thinking of a university town, a charming city which oozes tradition and culture. Although the population may appear modest at approximately 120,000, this number does not begin to reflect the vibrancy felt throughout town.

After disappointing results in the National Student Survey four years ago, the university made it its mission to improve student satisfaction. Consequently it has shot up the rankings table and has been attracting more students from around the world as its positive reputation grows. Its ranking in the Sunday Times league table saw it rise from 59th to joint 52nd in 2014. The Guardian saw an even more impressive story as the University of Chester rose from 80th in 2012, to 46th in 2014.

However, despite spending vast amounts of money on improved teaching and sports facilities, a massively expanded library and a new multi-million pound engineering campus, there is still a critical undersupply of student accommodation. The university website openly admits that, “Unfortunately we are not currently able to guarantee all first year students university-owned accommodation” and that is no surprise with only 1,680 beds available for a population of approximately 15,000 students. According to the Guardian’s 2014 University League Table, only 65% of first-year students got into the halls of residence, with the rest having to fend for themselves.

Fortunately for the future students of Chester, there are developments in the works. The drastic lack of appropriate student accommodation all around the country has been recognised, meaning new and renovated properties are on the up, and they are always highly popular. Students are no longer willing to live in ancient halls of residence with fifteen others and one toilet. They want modern accommodation with social facilities such as gymnasiums and games rooms. A recent report by The Mistoria Group saw that “poor quality build of the property and furniture” was the biggest put off for students, followed by poor internet connection. Contemporary accommodation not only avoids these, it often offers students the facilities that topped the list of must haves, such as quality white goods (which 83% of students want) and superfast broadband (75%). Purpose built student accommodation is so popular, property experts Knight Frank have estimated that students are willing to spend up to 75% more for the perks they provide.

The University of Chester is clearly a conscientious university. They have long moved on from the National Student Survey of 2010 and now boast an 88% satisfaction rate, above the national average. The University also prides itself on its high percentage of graduates in employment six months after leaving. This too is well above the national average and reflects the university’s dedication to the individual students and their futures. 21st century students view university as much more than just higher education, it is a once in a lifetime experience to gain independence, explore a new city, and ultimately graduate prepared for their perfect jobs. Chester offers students the whole package, and as university applications increase and suitable student accommodation gets built, it will only flourish.