Student Housing – Where not to Buy

Posted on July 16, 2013 by siadmin in Student property investment 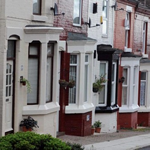 Property experts have listed 18 university towns and cities where investors should not buy student housing unless they have compelling reasons.

The locations are considered as those with the weakest demand from students.

Property consultants Savills have put together a university studnt housing ranking for investors based on factors including demand, institution financial strength and student halls capacity.

The red light is on for:

The report also breaks down the private rented sector for investors, explaining in the average university town, a quarter of students live in university or private halls of residence, 38% live with parents or their own home and another quarter live in private rented student housing (Houses in multiple occupation or HMOs).

“This average hides a wider variation in different mixes of provision from the traditional collegiate universities of Oxbridge to the universities catering to local demand with large numbers of students still living at home to those that rely on the private rented sector to house a significant proportion of their students,” said the report.

The firm suggests that private student hall developers will shift focus to universities with low numbers of students living in their own homes and a high number living in privately rented student housing.

The green light universities are:

Councils are restricting the opening of new HMOs with article 4 directions or additional licensing schemes in many of these cities – although Cambridge has recently voted against applying for extra powers to curb numbers of HMOs.

The rest of Britain’s university towns and cities fall between the two  lists and are graded as upper second, lower second and third – 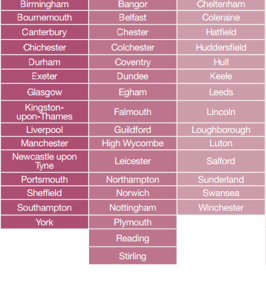