How Buy to Let has changed the Housing Landscape

Posted on August 15, 2013 by siadmin in Student property investment

These two maps from a decade apart show just how the roll out of buy to let has altered the housing landscape of England and Wales.

The white areas have little or no investment activity. The pink areas show activity of 20% to 40% and the red areas are buy to let hot spots.

The second map is from 10 years later. The colours show the same activity, only most of the country is tinged pink and few white areas remain.

In those 10 years, the number of buy to let homes increased from 1.9 million to just under 4 million.

They include thousands of houses in multiple occupation (HMOs) shared by students.

The maps were compiled by estate agents Strutt & Parker..

Stephanie McMahon, the firm’s head of research said: “The private rental sector has changed dramatically over the past decade, and although this brings us more in line with our northern European peers we are still some way off the scale of the rental sector in countries like Germany and Switzerland. In our view it is likely that overall home ownership will remain between 60% and 70% over people’s lifetimes, but we will see much more openness to rental at different life stages and for longer time periods.”

“It is widely acknowledged that long-term rental is increasingly common, driven by factors such as whether the younger generation are able to raise deposits to buy, or indeed the older generation releasing capital from their homes for care and pensions. The varied growth of this market across the UK clearly points to a need to understand local markets rather than just the big picture.” 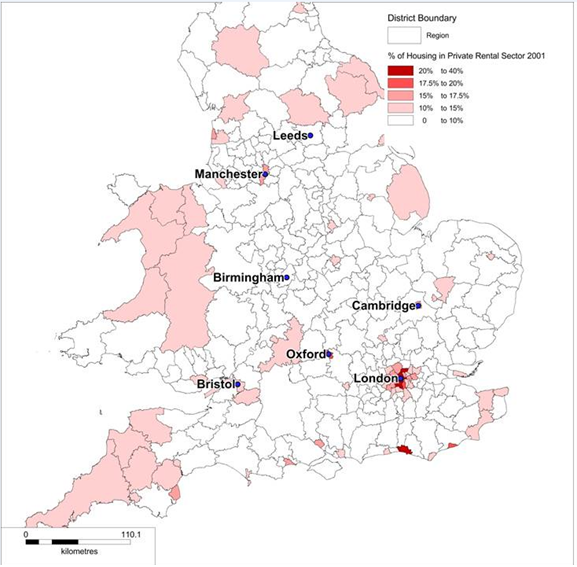 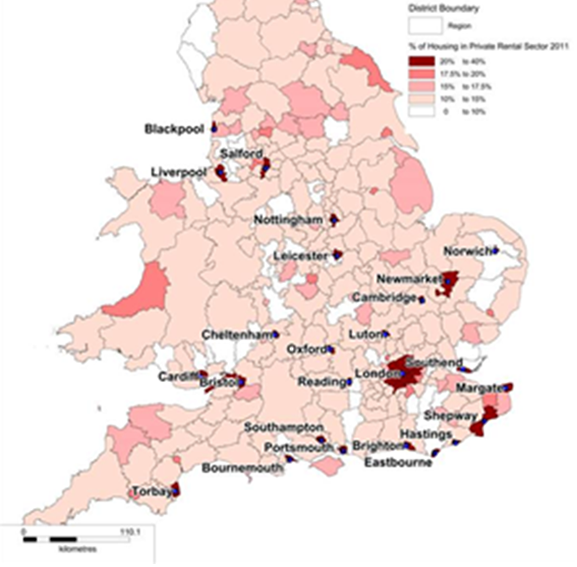